When I tell people I do Krav Maga, there’s mostly confusion.

To be fair, Krav (rhymes with mauve) Maga (reaaaal southern “mah gawd” minus the ‘d’) isn’t super obvious at first. Its not a martial art, but it’s got a lot of martial arts in it and was clearly influenced by them. In Hebrew it translates to “close combat.” It’s a self-defense system developed by Imi Litchfield and the Israeli Defense Force into a program often taught to law enforcement professionals and really, really ridiculously good looking 5’8″ women from the northwest corner of Washington State.

There’s no rules save this: “Get home safe.” If you need to bite, scratch, scream, use a weapon–all of it’s allowed–there’s no limits since it’s not a martial art. It isn’t bound by a ring or titles or belts but accessible to everyone despite your experience and physical fitness level.

A coworker asked me this week after learning that I practice Krav, “Do you really think you’ll be able to remember those moves under stress, in a fight?” I sat for a second in thought. A fight doesn’t subscribe to rules. An attacker doesn’t respect any combination practiced. But the one thing that I know for sure that Krav has given me is the knowledge that I can and will fight beyond when my body wants to give up; despite tears, pain, blood, sore muscles and less-than-idea-conditions I’m growing a fighting spirit.

While living in Daegu, I did some boxing and found that I really liked the workout as well as the community vibe of sweat dripping off one’s nose with friends.

And now, I do the same thing, except with kicking. And elbows. Possibly teeth on the street. Definitely with the knees.

In February 2016 I started a 6-month weight loss survey with Northwestern University that needed me to track minutes of working out. Only problem? I didn’t have a gym. I started doing recon in the area and I knew that my job would give me $300/year as a gym reimbursement. There was a free women’s self-defense seminar at this place about 15 minutes by bus south of my house and in-between work and home. So….I tried it.

Holy hell. These women were tough. And strong. And scary. And confident. I needed to be one of that tribe. So…I joined the gym. I passed my Level 1 certification. I went camping with them. I drank with them. I got hit and hit people. I went to their Halloween party as the BEST character and *some* people got it.

I liked this tribe. In the end of December the owners asked if I’d consider being an instructor. WHAT.

I don’t understand. I am still over 200 pounds. I’m still working on getting fully into 14s and making my thigh-holes in my 16s be less noticeable when on stage. THESE PEOPLE ARE ASKING ME TO CREDIBLY LEAD OTHER ADULTS IN FITNESSING.

It was a lot to think about and take on. But ultimately I decided that I wanted to turn 30 at the end of this year knowing I was a certified (or about to be certified, depending on the testing date) Krav Maga instructor. It’s a lot of work: memorizing techniques, teaching style, class management, mats to clean, bathrooms to sanitize and that’s on top of getting my own workout in.

I want to be a Ripley. A Tulip. A Sarah Connor. A Zoe Washburne. A Ronda. A Furiousa. And I really, really want my arms to look like Emily Blunt’s in “Edge of Tomorrow.”

But most of all, I love the idea of being a strong, fit, powerful, confident woman and sharing that knowledge with others. Krav is a tool that is helping me build a community while empowering me on and off the mat as a student, a teacher and as a woman. 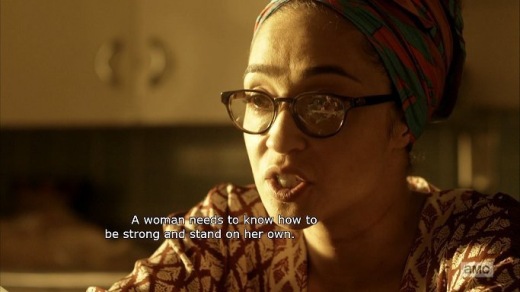 Now I get to pay it forward with other women too, showing them you don’t have to be a Lululemon-wearing #fitspo junkie to protect yourself and feel good in a gym (although if you are one of those people, you’re welcome too!).

Krav is for those of us with extra rolls in our groin kick. It’s for those with heart wrenching personal experiences of violence and those who thought elbowing people seemed like a cool way to mix up a workout. We’re all there for different reasons and I for one, love seeing the below photo of 30+ women giving up an hour on a Saturday morning to invest in their own safety and taking control of the narrative.

I love this thing. I love this gym. I’m loving where I’m at, where I’m going and I’m proud to be part of the Titan Family. 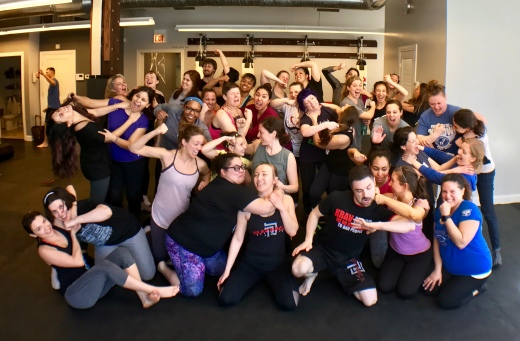