10 months ago I moved to Chicago. I had no long-term housing, only 10 hangers, and didn’t know anyone. On a muggy Wednesday last August, I sat in a room with 19 strangers and wondered if this would be my tribe.

Was I right in having moved halfway around the world from Korea for this? Would they get me? When would I eat Korean BBQ again (still unanswered, which is unacceptable)?

Then…a woman with a foreign accent slammed open the door and shouted “You must get out of building, the roof is on fire!”

And ever since then, we’ve been stuck with each other. Sure, we’ve subtracted and added some members as the months went on; scheduling and life and new jobs and such, but overall, these people were my lifeline. 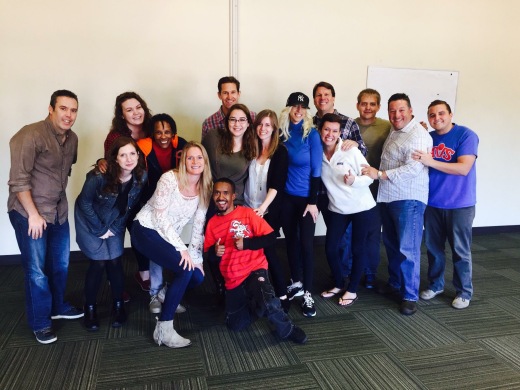 I don’t think I’ve ever looked forward to Wednesdays so much. From 11am-2pm I got to see these stone-cold weirdos, then eat lunch and frantically scribble nonsense for my 4-7pm Writing class, which will continue until August. 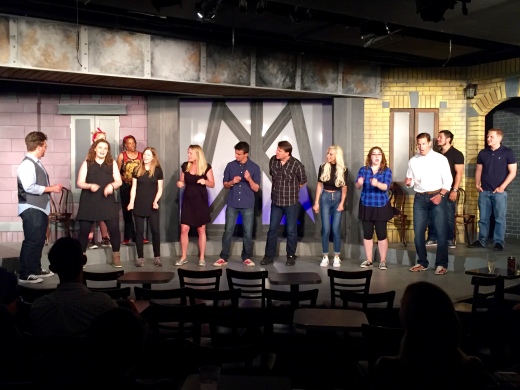 It feels pretty unreal to think that next Wednesday morning I won’t see them. Not Jolie’s I-just-came-from-the-gym-but-I-probably-look-better-than-you-did-at-prom stylings, nor Scott’s this-is-just-improv-but-I’m-singing-this-operatic-scene-like-the-pro-I-am and Patrick’s I-broke-my-kid’s-ankle-beating-him-in-capture-the-flag moves. 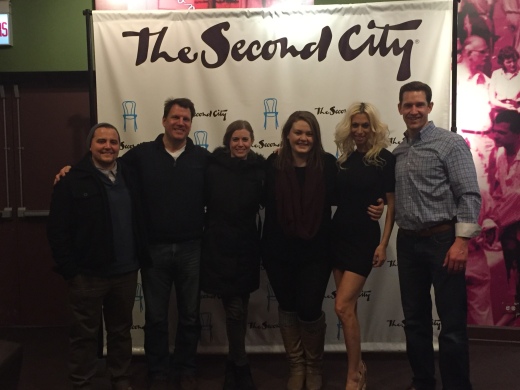 These people have supported me, loved me, encouraged me, let me cry on them (even ugly cry) and championed me in ways I haven’t deserved. We were all just a group of strangers trying to follow our fear or defeat our anxiety or live our dream and our willingness to be open on this journey and love each other has changed my life. Not a joke.

I promised myself (and my family and friends and the rest of y’all) that I was going to give this comedy thing at least a year. I owed it to myself to try it. To see if it’s a real thing, a true thing, or if it’s a fling.

I think it’s a thing, guys. And I’m not going anywhere yet. 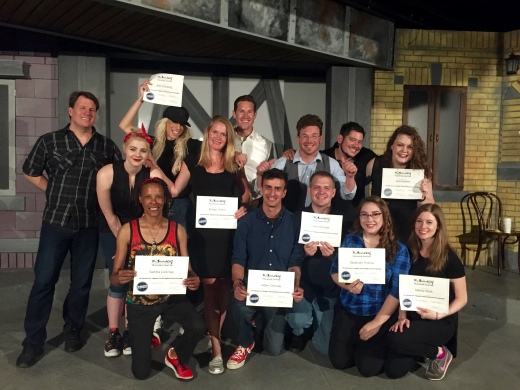