It was with the happiest, Disney-villain gusto that I woke up at 9:24 this Monday morning to no alarm. No dulcet tones of BigBang’s “BaeBae” (it’s grown on me, guys), no “Cruella DeVil” 5-minutes-before-the-bus-leaves-get-yo’-ass-UP alarm, nothing. It’s like vacation BUT IT WILL LAST FOREVER or at least until August-ish. I hope. You know what time it is, y’all, it’s time to:

I’m curled up in the mothership, enjoying a horse-sized iced vanilla latte after going to the bank and transferring money home LIKE AN ADULT (after staying in bed until 11:47am LIKE A CHILD), and I feel good. Sure, this latte cost as much as the cab ride over to this side of town but I’m happy with it.

LOOK AT HER SEXY VANILLA CURRRRRVES.

It’s so strange to think that there’s nowhere I need to be. I have these 5 days to move stuff out of my apartment and into suitcases/friends’ caves before I leave for Japan for 10 days next Monday. I have no idea what I’m doing in Japan, which is a terrible/wonderful thing according to my Philippines vacation 2 weeks ago, wherein I landed at 11pm and my AirBNB host went COMPLETELY AWOL and I was stranded, sticking out like the tall, sweaty, uberwhite uberwomensch that I am.

But we’ll get to the Philippines in the next post. Right now, I need to back up and tell you about winning the field of dreams of Jeju while getting fantastically maimed.

It was Thursday, May 16, and I had just landed in Jeju for my second “Jeju Furey Beach Volleyball Tournament,” where my team’s name was “William Shatner Face” (say it 3 times fast and you’ll get where our minds were at), where we sweat, sunburned, got bit by a host of radioactive spiders, and I got scalding cheese on my lady bits AND THAT WAS JUST THE FIRST NIGHT. Here’s a visual of what was dropped on me:

You know like, when you get fajitas and it’s all steaming and they’re like, “do not touch this hot metal thing in the middle of the wood trough we brought you human piglets?” Yeah. Like that. Dancing front the table onto my uncovered, lily-white, Snow White-esque upper thighs and into the stuff of LEGENDS. If you’ve figured out the gist of our team name, just imagine the kind of jokes we made of THIS incident–which, by now, is past the “blistering fields of delicious, cheesy thigh pain” phase and into “Pink post-surgical scar where they hid the drug-filled condoms” phase, aka it’s definitely almost healed. Also, I artfully hid the burns in following picture because Photoshop. 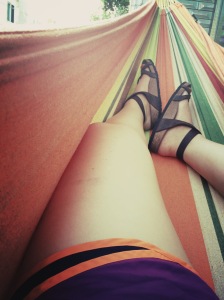 Friday was spent on the southern side of the island as I got my tourist self on and visited all 3 big waterfalls of Seogwipo and wrote a lot in a journal and had generally awesome solo white girl travel times and then traveling on a bus full of 35 high school boys practicing their English on me “YOU LIKE DRAKE?!”

I really loved these places, chock-full of tourists (like me) as they were. There’s just no bullshitting with a waterfall. It’s not a museum or a monument or something man-made. It’s powerful and peaceful at once. The color of the water here is just unreal. It feels like you ran into a Totoro tunnel and came out in a different world where your other worries and cares are gone. I could have sat for hours except rocks are not the most comfortable seats, y’know? But if you are lucky enough to get to Jeju, screw any other tourist spots (except maybe climbing Hallasan, which I have not done:( but heard is also naturally wonderful) and just get to these waterfalls and bathe in their serenity.

Saturday began volleyball times. I’d played with a different team last October and had only met one member of my new team, so you know I made a great first impression with le cheesy thighs of power and grace. We slowly warmed up on Saturday, getting to know each other’s positions and strengths and alcohol tolerances. I’m very proud to say that I drank an entire bottle of Hallasan soju (한라산 소주) in a scant 6 minutes and 43 seconds, beating everyone else on my team and establishing myself as alpha wolf of the drunk tank.

After a restless, sleep-ish night, we went on to win our bracket/division and I promptly ran my championship exhausted ass into the ocean and waved at you guys…what, didn’t you hear me? from the sandy, gorgeous, alcohol-infused sands of Hamdeok Beach.

It’s my second time going to this tournament, and both times, it was stupid fun. The typhoon of last October and the glorious weather of this round, the people who I recognized and those who remembered me as “Dan Quick’s friend,” it was all awesome. Thanks to the other members of the heroin centipede (really, you don’t want to know) and here’s to cheesy thunder thighs forever. 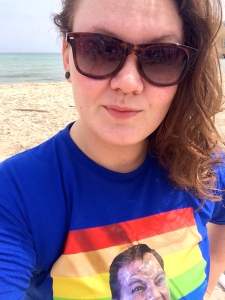 Next time: Adventures of Ma’am in the Philippines!

There was an error retrieving images from Instagram. An attempt will be remade in a few minutes.

pdxeatingwithannie
Writings and Ramblings of Mary

Shots and Sauces on the Tongue of Korea

Black Girl In The ROK

4 out of 5 dentists recommend this WordPress.com site

Thoughts From A Skeptic

People got sick of listening to me and told me I should start a blog.

honest essays about growing up, faith + loving others well.

My findings on the newlywed adventure

And in the end we all know, Love conquers all.

Around the Kitchen Table

storytelling is best enjoyed with friends and food.

If it's ridiculous, it's probably happened to us

stuff that isn't in the pictures

Trust and Enjoy: The Good, the Bad, and the Weird

Kickin it in Daegu, South Korea. Read all about my exploits here!